I am a neat freak, I have always been so. I just cannot stand a mess. You must believe me when I say I become a maniac when I am on one of my weekly cleaning sprees, and by that I mean literally. According to Mr. Husband, I become this crazed woman and boss him around when he forgets to make the bed in the morning or wipe the floor after taking a shower.

But after the birth of our little 14-month old mess-monster Shaarav, I’m forced to, though reluctantly, let go of this habit of mine as now I am beginning to understand that trying to keep the house neat when you have a baby around is more or less like a lost cause. Well, that’s the thing; you can’t boss a baby (wink wink). Babies are meant to be messy, delving into their surroundings with gusto as they explore and discover the world the only way they know how.

Being a mother of a toddler can be a tough job, and more so when you have a handful one as my kiddo Shaarav. My little one surely knows the trick to create maximum mayhem in minimum time; he has got this exceptional talent which sometimes makes me wonder if he’s purposely trying to drive me crazy.

When Shaarav first began having semi-solids after completing his 6 months, I would jump up to clean each time he would spill or drop his food. But now I’m about ready to let go of this habit of mine and there’s a rather beautiful and one-of-a-kind story behind it.

Of whatever little time I get off of him, I use it to pursue my hobby of painting, crafts, DIYs, etc. Painting my heart out really acts as a stress buster. One fine morning when I had washed him up and he had finally dozed off after a thorough massage, I began painting. Shaarav at the time was about 7 and half months old and had still not begun to crawl. So we had safely assumed that he’s among those who would skip crawling and move directly to standing and walking.

Suddenly halfway between and still keeping things at a safe distance I had to go away to attend to a visitor at the door. I was away for about half an hour and when I returned what I saw not only did amuse me it changed me for good.

Shaarav had crawled and reached for my colours and had created a colourful mess staining his clothing and toys. He had paint all over himself. Now coming to the interesting part, despite giving him various stimuli he would still not crawl, but the colours gave him the exact motivation he needed for making him crawl. Shaarav never fails to amaze us and though I had a long day cleaning the mess he had created, one thing I learned from the incident is that by not letting him get messy I was depriving him of a wonderful learning and sensory experience. So from that day onward, we let him hands-on allowing him to drop, roll, splatter the food and explore the different textures, colors, and flavours.

So people stop fretting about the mess and embrace the mess, you never know your kid just might be getting smarter in the process. 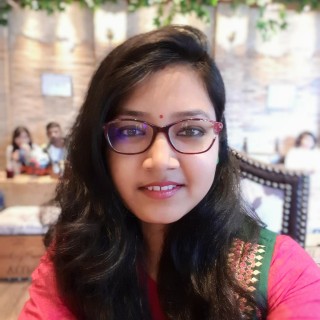